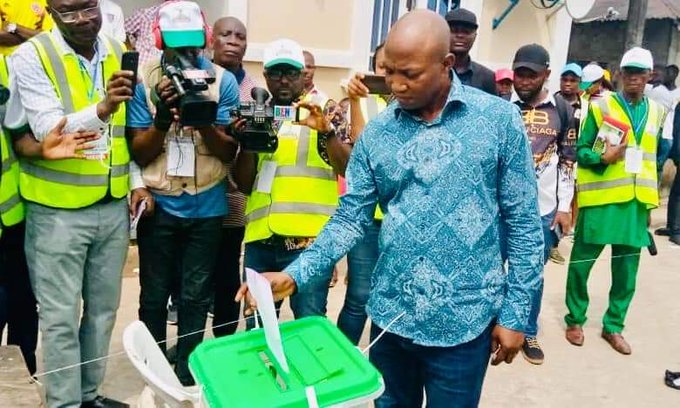 There are certain things you may need to know about the governor-elect of Bayelsa state. These are some of those things.

David Lyon has been declared the winner of the just concluded gubernatorial election in Bayelsa State by the Independent National Electoral Commission (INEC) on Sunday, November 17, 2019.

Lyon of the All Progressives Congress (APC) will succeed outgoing Governor Seriake Dickson, who has ruled the state since 2012

Here are 10 things you should know about Lyon

2. He is the CEO of Darlon Security and Guard, a private security firm in Bayelsa state.

3. He was born into the Olodiana clan of Southern Ijaw local government area of the state.

4. He is not a very popular face in the Bayelsa political landscape.

5. He contested under the platform of PDP as an aspirant to represent the Southern Ijaw constituency IV in 2011.