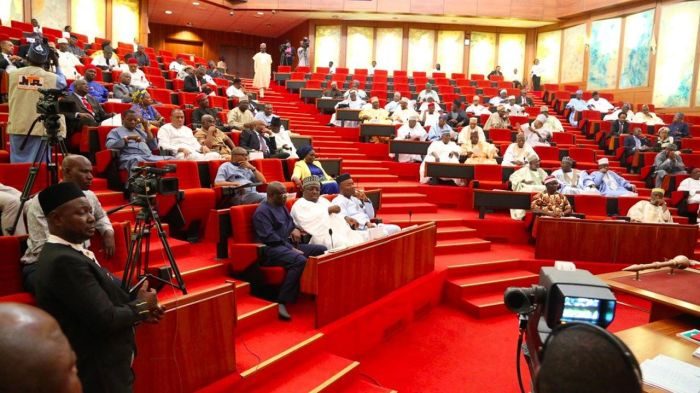 The Nigerian Senate, on Wednesday, November 13, 2019, approved the sum of N10 billion loan to Kogi, as refund for projects executed on behalf of the federal government.

The refund was approved two days to the state’s governorship election which holds on Saturday, November 16, 2019 –and eyebrows are being raised at the moment.

Recall that President Muhammadu Buhari had in October sent a letter to the senate, seeking approval for the payment of N10 billion to settle local debts incurred by the Yahaya Bello-administration as refund for projects executed in the state on behalf of the federal government.

The approval was however opposed as some lawmakers attempted to stop the process. The senators questioned the timing of the approval of the loan.

Speaking on behalf of the opposition lawmakers, Minority Leader Senator Enyinaya Abaribe asked the senate to delay the approval until next week.

“What I don’t want is the misuse of these funds because it is for the people of Kogi State. This is not the right time, this is the time where the exigencies of the moment may be used.

“There is no harm in approving this money. Let the approval be delayed by just a week,”

But Senate President, Ahmed Lawan disagreed, saying the loan request for Kogi came in the 8th assembly and has been delayed enough.

“Kogi State applied for this in the last senate, all the other states were paid. Kogi was not approved at that time. We as a senate have seen it as a necessity and it is a coincidence,”

Lawan was quoted as saying.

The forthcoming governorship election in Kogi is expected to be a tough contest between incumbent Governor Yahaya Bello of the All Progressives Congress (APC) and Musa Wada of the Peoples Democratic Party (PDP).