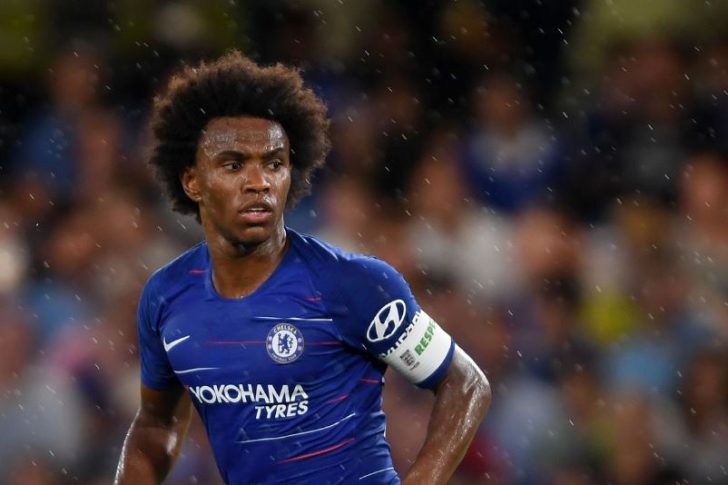 Chelsea star Willian, has said that he will not hesitate to nutmeg David Luiz when the pair meet next month.

Chelsea and Arsenal face each other another in the Premier League next month and Willian is not planning to take it easy on his Brazilian teammate.

Luiz sealed a surprise switch from Chelsea to Arsenal last summer in an £8m deal.

He had two spells with Chelsea with Willian present during both periods that has seen them win the Champions League, Europa League and FA Cup together.

And despite also being good pals from the national team, Willian admits there’s no loyalties when it comes to facing one another.

Willian warned Luiz, who is not stranger to a nutmeg, to keep his legs closed when coming up against him.

“Now it’s he for Arsenal. He’s a brother that I have, we met at the age of eight.

Hope you liked the post BE WARNED!! Willian Reveals What He Will Do To David Luiz When Chelsea Play Arsenal More news visit Vibesofnaija.