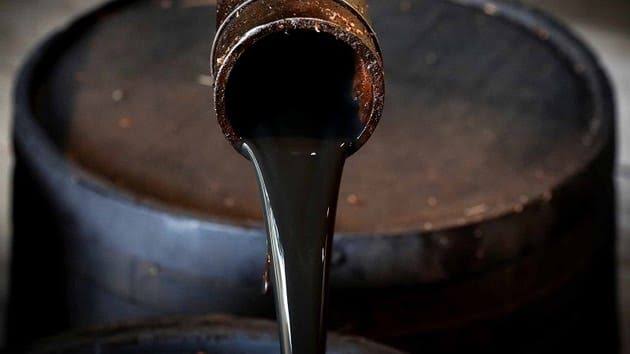 The Federal Government is deepening the implementation of the Nigerian Oil and Gas Industry Content Development (NOGICD) Act as part of measures to lower the country’s high crude oil production cost, according to the Minister of State for Petroleum Resources, Chief Timipre Sylva.

Sylva stated this during his first working visit to the Head Office of Nigerian Content Development and Monitoring Board (NCDMB) in Yenagoa, Bayelsa State, at the weekend.

Emphasizing that Government’s primary target in the sector is to significantly reduce the unit cost of producing per barrel of crude oil, Sylva stated that ”local contractors tend to be cheaper than expatriates and international contractors and that’s why we want to encourage Local Content and give more opportunities to local contractors. By extension we will reduce the cost of doing business in the oil and gas industry in Nigeria.

“Local Content is part of cost reduction strategy. That’s why I came here, to encourage more local participation in the activities of the industry.”

The Minister also lauded the NCDMB for epitomizing its mandate by using an indigenous contractor to develop its new headquarters. He described the edifice as world class and a clear demonstration of the capacity of Nigerians contractors. “Such superlative performance on projects would pave way for the engagement of other local contractors in the oil and gas and construction sectors,” he suggested.

”When you have seen one contractor perform this good, you are encouraged to patronize more local contractors.”

He expressed confidence that the new NCDMB structure will attract a flurry of oil industry activities to Bayelsa State. He noted that ”the problem we have had over the years was that the region where oil production takes place did not have proper structures to promote lots of events. That why you see oil and gas events going to Abuja and Lagos. But when you have a befitting facility here, going forward, there will be a lot of oil and gas related activity in the Niger Delta.”

The Minister commended the NCDMB for the numerous achievements it had recorded in the implementation of the NOGICD Act. He said, ”I am quite impressed with what they have done in a very short time of existence. The new headquarters building is a testament to that impressive performance and of course, you have the 10 mega watts independent power plant. It is a modular plant that can be increased up to 25 megawatts.”

In his remarks, the Executive Secretary of NCDMB, Engr. Simbi Kesiye Wabote confirmed that Local Content implementation lowers the cost of crude oil production, particularly in the long run. He listed other key elements that contribute to high crude oil production cost in Nigeria to include security and infrastructural challenges as well as protracted contracting cycle.

He affirmed that several Nigerian oil service companies had executed several projects at costs much lower than their international counterparts. He also clarified that countries like Brazil, Malaysia and Norway that had practiced Local Content in their oil sector for decades had long enjoyed significant cost reduction in their per barrel cost.

Wabote also explained that Local Content serves as an opportunity cost for the Federal Government to empower its citizens and get them involved in the activities of the oil and gas industry.

Donald Trump Threatens Illegal Immigrants, “You Will Be Leaving Soon!”

JUST IN!! Another Court Asks INEC Not To Issue Certificate Of Return To Okorocha