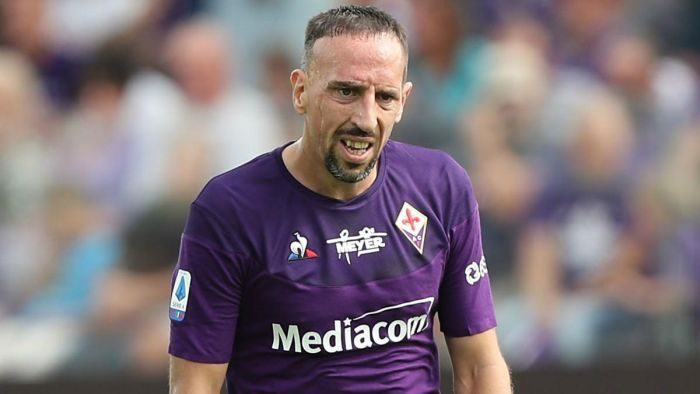 Fiorentina’s Franck Ribery has been banned for three matches and fined 20,000 euros (£17,257) after pushing an assistant referee following his side’s 2-1 defeat by Lazio.

The 36-year-old, who had been substituted in the 74th minute, remonstrated with officials at the final whistle.

He was restrained by team-mates before being shown a red card.

Ribery, who joined the Serie A club in the summer, apologised for his actions.

A Serie A disciplinary tribunal described Ribery’s conduct as “seriously disrespectful”, saying the midfielder approached the official with “threatening behaviour” and pushed him twice.

After the incident, ex-Bayern Munich winger Ribery tweeted: “I apologise to my team-mates, to the coach, to the fans.

“I apologise also to (the assistant referee) Mr Passeri because at the end of the game I was very upset and I hope he can understand what was my mood.”

Hope you liked the post BREAKING! Respected Footballer Franck Ribery BANNED For 3 Matches After He Did This Shocking Thing More news visit Vibesofnaija.