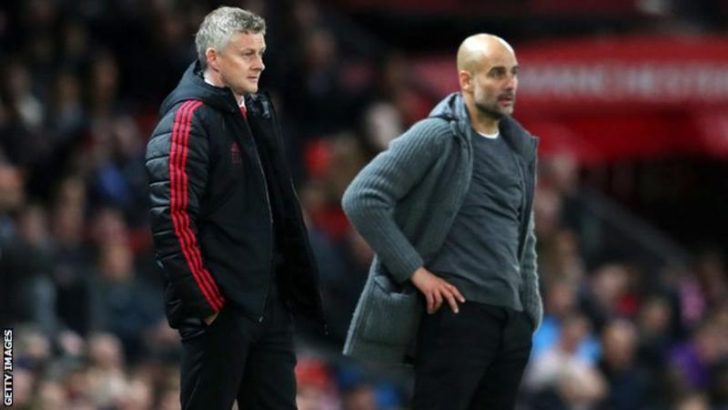 City are well placed to finish above their rivals for a seventh successive season, which has not happened since the 1930s.

The Blues have won three Premier League titles since the last of United’s 20 successes in 2013.

Asked before Saturday’s Manchester derby whether he still regarded United as being bigger, Solskjaer said:

“It’s inarguable we are too far behind but what are we going to do? Give up? Not challenge them?”

In trophy terms it will take City a long time to catch United but, off the pitch, the Etihad Stadium club are closing in on United’s financial superiority.

However, City manager Pep Guardiola feels there is more to being a big club than purely silverware.

And he knows City fans, who revelled in their side’s underdog status two decades ago when they spent four successive campaigns outside the top flight, have always thought of themselves as being equals.

“I learned about Manchester City’s history and in the bad, bad moments, the support was almost higher or louder than, for example, now.

“If you are looking at the trophy cabinet, [United] are better, no doubts about that. Numbers are numbers and in that situation they’ve lifted more titles than us. But we’re trying to be there for as long as possible and for City fans, Manchester City will always be better.”

‘I Have Support Of Arsenal’- Unai Emery