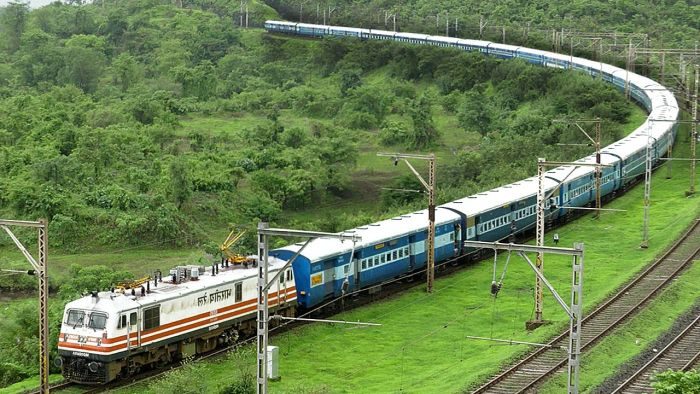 A pregnant woman was crushed to death by a commercial train passing through the rain line at Obuda community in Abia state on Saturday November 23rd.

According to reports, the pregnant woman was on a motorcycle heading for the city market when the train knocked down the motorcycle. Eyewitnesses say the accident was largely caused by the motorcycle rider who was listening to music at the time and was unable to hear the squealing wheels. He however escaped unhurt.

“I was not that far from the accident scene. I was coming from the other end of Uratta road off Port Harcourt road. Keke and other bikes parked on both sides of the road when they noticed that the train was close.

Suddenly, this guy emerged from nowhere and before you could say Jack, the train was on the woman. People were saying that they overhead the woman hitting on the guy to stop.

But it was too late. It was out of fear that she jumped out of the bike, but it was too late for any miracle to happen. The train dismembered her legs and ripped open her skull from the back. Early caller to the scene managed to lift up her decapitated body to see if there could be anyone that knows her.

“The Okada man ran away, but I think people know him. It was alleged that he (commercial motorcyclist) was listening to music or radio using a headphone.

It hasn’t been long when the husband and the relatives of the woman came to remove her body before policemen from railway cames. You know that if the railway police evacuate the body, they will find it hard to secure her body for burial” an eyewitness said