Nigeria’s senate president, Bukola Saraki has appeared in the senate, presiding over plenary days after losing his seat. 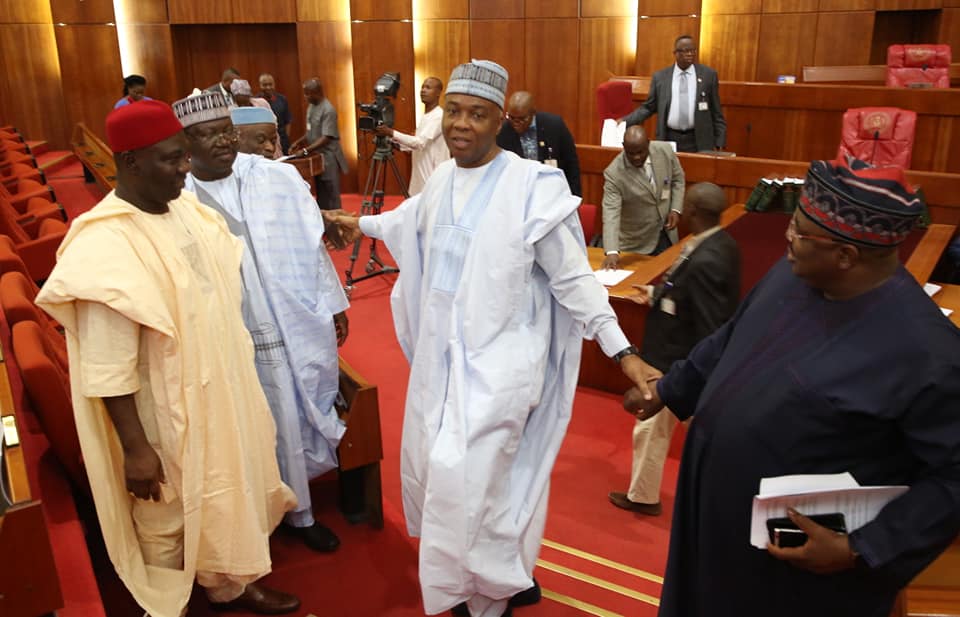 Saraki in the senate
The Senate resumed plenary on Tuesday but adjourned over its inability to form a quorum, Premium Times reports.
This is its first meeting since the presidential and National Assembly elections.
The lawmakers were scheduled to resume on February 19 but the resumption was postponed to 26th as a result of the change of date of the elections.
Upon resumption, the Senate Leader, Ahmed Lawan, moved that the Senate adjourn as those present were not up to the number of senators required to form a quorum.
He explained that while some lawmakers are out of town and are yet to get the results of the elections of their senatorial districts, others are busy making sure the election process goes smoothly. 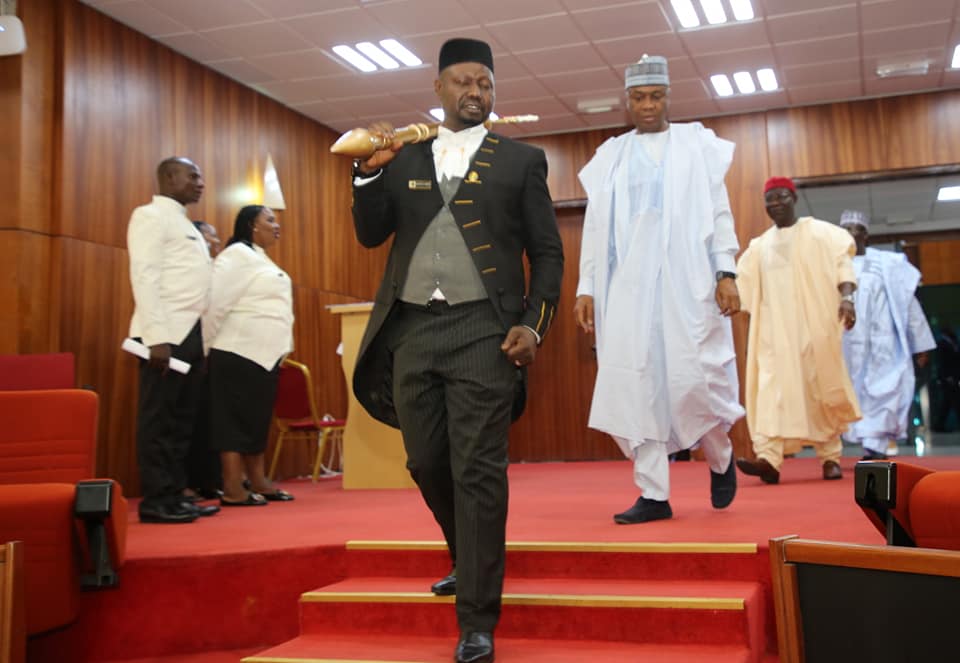 He thereafter, moved that the lawmakers adjourn till March 12 – after the governorship and house of assembly elections.
The motion to adjourn was seconded by FCT senator, Philip Aduda.
The motion was unanimously adopted through a voice vote.
There were about eight senators present at the chamber including the Senate President, Bukola Saraki, who presided over the session.
Deputy Senate President Ike Ekweremadu, Olusola Adeyeye and Andrew Uchendu were also present.
naija news