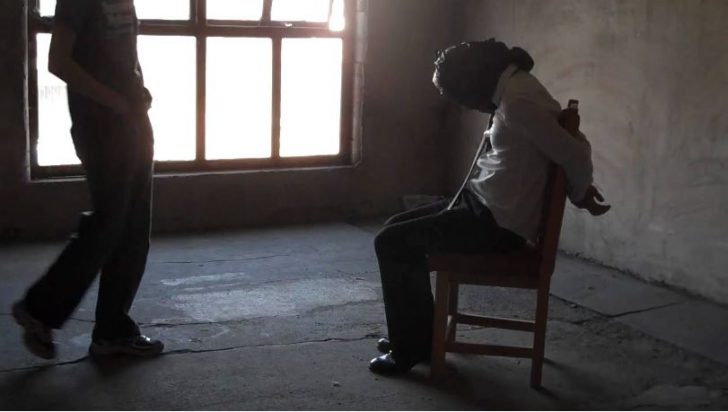 Three weeks after suspected Kidnappers whisked away a staff of Nnamdi Azikiwe University, Mr Emeka Chiaghana from his Nibo residence in Awka South Local Government Area, his abductors are yet to contact his family.

Mrs Chiazor Chiaghana, wife of the abductee, who spoke with journalists confirmed that she has not been contacted by anyone since her husband was whisked away three weeks ago.

She said the condition has further cast doubt on his safety, leaving her entire family devastated.

Mrs Chiaghana narrated how her husband was kidnapped on October 25, saying, “My husband had dropped my kids and I from the hospital around 9.15pm and told me he needed to go drop his friend off.

“He came back around 10.45pm and was about to open the gate when my mother in-law who was upstairs saw two men jump out of the nearby farm and ambushed him.

“He was immediately driven away by the abductors to an unknown destination and that was the last time we saw him.

“We quickly reported the matter officially to the Police the following day as well as the local vigilante operatives in the community.”

The visibly devastated woman described her husband as a simple and honest man, saying she had not lost hope that her husband would return safely.

“My husband’s absence since over three weeks has been devastating. He has been the pillar of the family and knows his responsibility as the head.

“We have three kids, the first is just 7years. We’ve not even started training them. But I have absolute faith in God that he’s still alive and believe in the prayers of the brethren,” she added.

Acting Public Relations Officer, Nnamdi Azikiwe University, Mrs. Ene Chika confirmed the incident, saying the institution was in touch with security agencies in the state over the abduction.

“The university is aware of the incident. We’re deeply worried and concerned about it. We’re in daily contact with the security agencies on the matter,” she said.

Attempt to reach the spokesperson of the Anambra State Police Command, SP Haruna Mohammed was not successful as he was said not to be in the country currently.

Hope you liked the post SO SAD! After Abduction For 3 Weeks Now, Kidnappers Yet To Reach Family Of UNIZIK Staff More news visit Vibesofnaija.

Why We Wanted To Impeach Obasanjo — Former Senate President, Anyim

He Said It And Did It? Rapper, YNK Finally Killed Davolee, Dremo & Blaqbonez On NL Fire On The Mic (Watch Video & Rate Him)