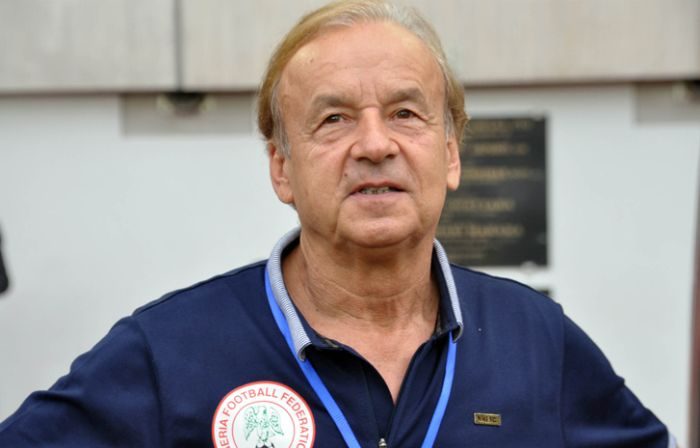 Head coach of the Super Eagles, Gernot Rohr, has identified six players that could star when his side tackle Benin Republic in Wednesday’s 2021 Africa Cup of Nations (AFCON) qualifier.

According to Rohr, Samuel Chukwueze, Joe Aribo, Samuel Kalu, Victor Osimhen, Chidozie Awaziem and Ola Aina could start against the Squirrels in Uyo.

Rohr’s men head to the game following a 1-1 draw with Brazil in an international friendly encounter last month.

”I don’t know how many young players will start because I have to see how they are after the traveling yesterday,” Rohr told reporters in his pre-match press conference in Uyo ahead of Wednesday’s clash.

”What is sure is that we will have at least Awaziem or Ola, we will have Aribo if he is ready but he is not U23, we will have Osimhen who played on Saturday night, yesterday he was okay so I think he’ll be ready.

”We have Chukwueze, he played only 45 minutes in his club so it is possible to start the game. Kalu played on Friday which is good so he has a chance to start.”

The kick-off time for the match is 5pm.