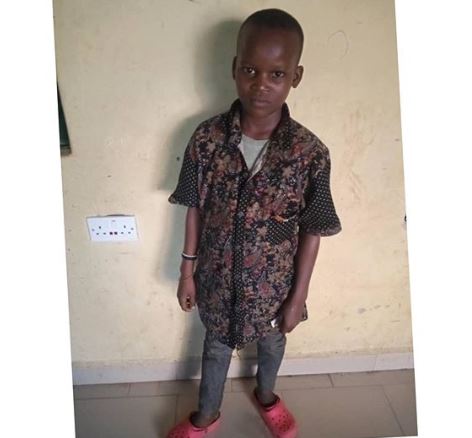 The Nigeria Police Force has rescued an 11-year-old boy, Mohammed Ya’u, who was kidnapped from KanoState.

The police said the little boy was found in Onitsha, #AnambraState, where he was sold for N200,000.

According to Abdullahi Haruna, the spokesperson for Kano State Police Command, Ya’u was kidnapped in 2014 at PRP Quarters in Kano metropolis by Paul Onwe and his wife, Mercy Paul.

They sold him to one Ebere Ogbodo for N200,000. He said all the three suspects were currently under investigation while effort was being intensified to rescue more kidnapped children.

Hope you liked the post TOO BAD!! Boy Kidnapped In Kano, Sold For N200k, Rescued After 5yrs In Onitsha More news visit Vibesofnaija.

Do You Agree? We Have Lifted 5M Out Of Poverty – Buhari